EMS (electrical muscle stimulation) is a new trend in fitness and sports, eliciting 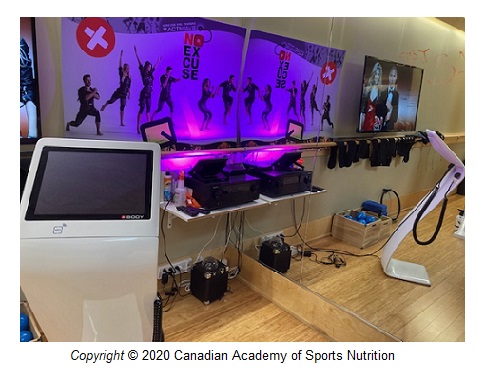 The concern with many EMS trainees regarding an elevation in blood levels of creatine kinase prompted us to write this article.

EMS training induces microscopic tears and damage to the skeletal muscle fibers and connective tissues, leading to an increase in creatine kinase (CK) activity and its leakage into the outside of the cells. In fact, any prolonged, heavy, or repetitive exercise can elevate the circulating CK.

Creatine kinase (CK) is an enzyme that catalyzes the reversible transfer of phosphate from phosphocreatine (PCr) to ADP to form creatine and ATP. An increase in plasma CK is usually associated with DOMS (delayed onset muscle soreness). The severe and rapid breakdown of muscle fibers leading to the release of myoglobin, a muscle protein, into the bloodstream is called "rhabdomyolysis". 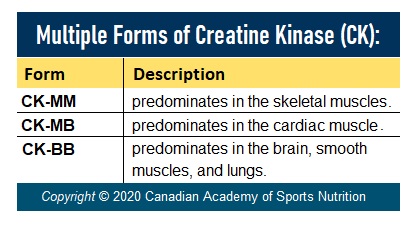 A) Increased Total CK and CK-MB:

3) Myocarditis (inflammation of the heart muscle) 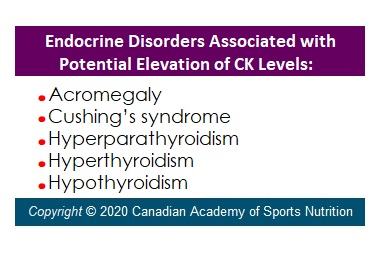 3) Myositis (inflammation of a muscle) 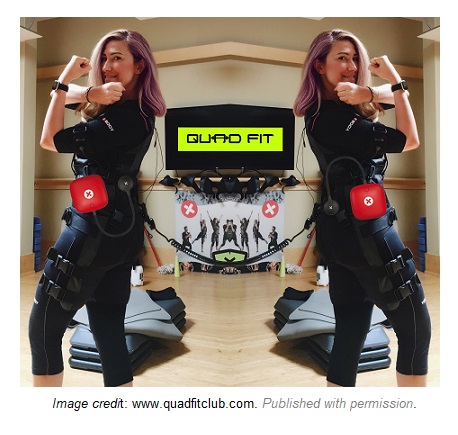 9) Muscular dystrophies (such as Duchenne and Baker)

16) Diseases of the liver, pancreas, and GI tract 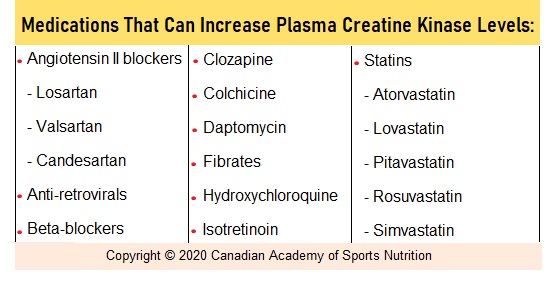 There is a famous quote in fitness, especially among bodybuilders, that says: "if it doesn't burn, it doesn't grow." In other words, if you are exercising to grow your muscles and you don't feel burning sensations and soreness in your muscles, you may not be growing them. This is somehow true! 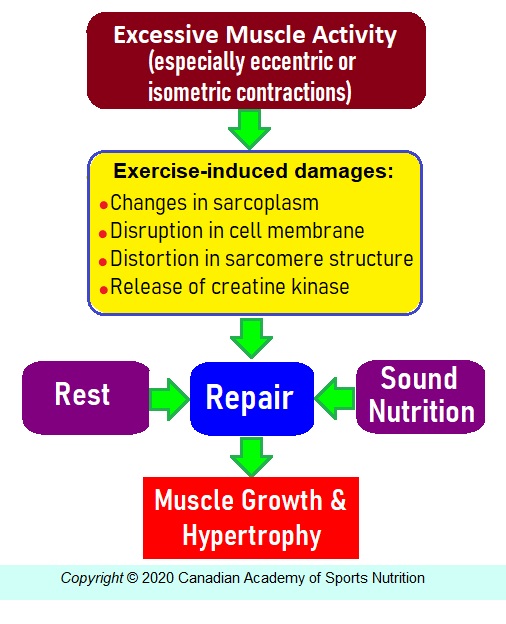 As previously mentioned, exercise-induced muscle soreness results from microscopic muscle damage, which is associated with plasma CK elevation. The exact mechanisms of muscle growth are not fully known yet. However, it has been postulated that muscle damage followed by repair mechanisms leads to muscle growth. Studies using radioactive tracer show that muscle lengthening occurs mainly by adding new sarcomeres to the fiber at the junction of muscle and tendon.

Depending on factors such as race, gender, and activity, the normal range of plasma CK levels in a healthy adult is 30 to 200 U/L (units per liter). Plasma CK levels may increase as much as 30 times above normal within 24 hours of a strenuous exercise. CK elevations are greatest in untrained individuals and new gym members.

What To Do With Higher Plasma CK Levels?

2) If you are taking any of the medications listed in the chart and your plasma CK levels are higher than normal, you need to consult the prescribing physician.

b) appearance of myoglobin in urine (myoglobinuria).

Executive Director of The Canadian Academy of Sports Nutrition