You should not look for a single reason if you hit plateau. In fact, more 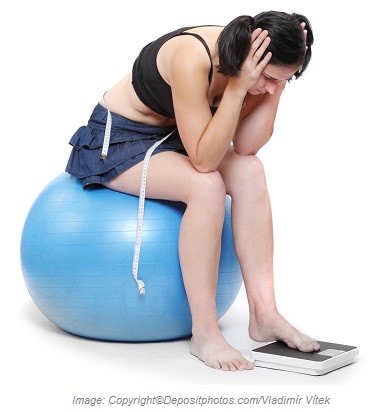 than just one reason leads to plateau, making it difficult sometimes to overcome. In other words, plateau is a multifactorial incident. Though the exact cause of plateau is unknown, the experts have been hypothesized few reasons.

According to the Canadian Academy of Sports Nutrition, at least two or more of the following causes are always involved in plateau: 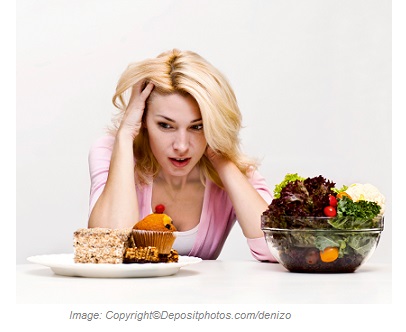 plateau. Temporary failure to stick to the plan is usually normal. Being off the track is very common and you should not feel guilty about that. This is why most nutritionists give a “cheat day” to their clients to overcome to the temptation of noncompliance. However, it should be a “red flag” to the client and weight management coach if noncompliance is more frequent and prominent.

Failure to comply with the program, which we call it “commitmentitis”, could result from different factors, such as lack of motivation, poor connection between the client and the weight loss coach, lack of support from family and friends, very restrict diet, and failure to control hunger pangs.

The body acidity is measured by pH which is the activity of hydrogen ion. pH level is from 1 to 14, and 7 is considered as neutral. A pH less than 7 is called acidic, and a pH greater than 7 is called basic or alkaline. The normal pH of the blood and urine in human beings are 7.35 – 7.45 and 6 respectively.

Human body produces many toxins and metabolic by-products that lower the pH level of the blood, making the body acidic. Your body could be acidic because of your eating pattern as well, as there are foods that reduce pH level.

When your body is acidic, you get tired easily. It shuts down body metabolism, turns off the fat burning processes, and switches the body from fat burning mode to fat saving mode. Moreover, acidity prevents insulin from functioning normally. Insulin is the hormone responsible for carrying carbohydrates into the cells. In an acidic environment, insulin fails to act properly, leading to insulin resistance.

Insulin is a hormone released by the pancreas and has a key role in metabolism of carbohydrates, proteins, and fats. Insulin sits on its receptors on the cells, leading to activation of cascades of reactions that transfer carbohydrates (in the form of glucose) and amino acids into the cells. In fact, all tissues and cells in the body require insulin for effective uptake of glucose, except nervous system, kidneys and red blood cells.

Insulin resistance is a condition in which the cells do not respond to normal actions of insulin, leading to interfering with metabolism of carbohydrates, proteins, and fats!

Insulin resistance may show itself as one of the following conditions: 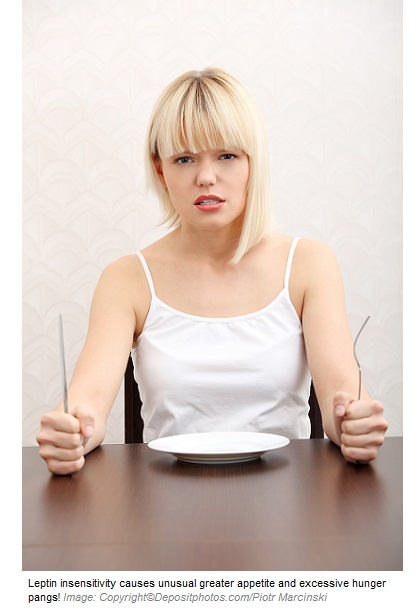 by the ovaries, skeletal muscles, liver, stomach and pituitary gland. It is famous as appetite controlling hormone, because it suppresses appetite by acting on the hypothalamus – a part of the brain that controls appetite and satiety. This hormone has a key role in metabolism.

Leptin has been linked with obesity, fat mass, and food intake. If circulatory leptin level is low, or the brain does not respond to normal function of leptin, it is called leptin insensitivity or resistance. In people with leptin insensitivity, appetite would be unusually greater than normal and they experience excessive hunger pangs, making weight loss process difficult and leading to plateau at some point!

Ghrelin is a hormone released primarily by the stomach and a very small amount by the small intestine and pancreas. It is famous as “hunger hormone”, as it stimulates hunger feeling and increases appetite. Imbalance between leptin and ghrelin could affect the weight loss process. Incredible as it may seem, this imbalance is one of the theories behind “anorexia nervosa” as well. In fact, it is believed that overproduction of leptin and underproduction of ghrelin would lead to anorectic status. 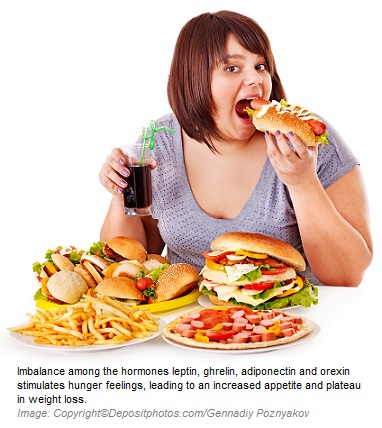 would collectively stimulate hunger pangs, forcing the person to eat more and cheat on diet!

Ghrelin has a paradox effect on the body. On one hand, it stimulates the release of growth hormone which speeds up consumption of fat. On the other hand, ghrelin suppresses fat utilization which is opposite to the effect of growth hormone.

Adopinectin is a hormone released exclusively by the fat cells. It is sometimes referred to as AdipoQ or Acrp30. This newly discovered hormone has an important role in metabolism of fat and glucose. It seems that adiponectin functions through insulin, which explains its importance in fighting insulin resistance. Adiponectin along with the three key minerals, zinc, chromium picolinate and vanadium sulfate, may improve insulin function.

There is an inverse relationship between blood levels of adiponectin and percentage of body fat. This hormone fails to function appropriately in an acidic environment.

The correlation among leptin, ghrelin, adiponectin and orexin and their links with obesity and weight loss are of hot topics among research scientists.

Micronutrients include vitamins, minerals, antioxidants, phytonutrients, and fatty acids. They are involved in many reactions and metabolism of macronutrients (carbohydrates, fats, and proteins). In fact, macronutrients require micronutrients to get metabolized and continue burning. Micronutrients – deficient diets are a common reason to plateau in a weight loss program. 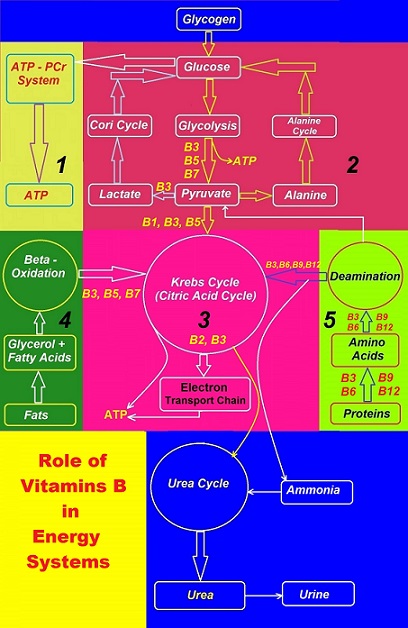 Dysbiosis is disruption of normal flora of the intestines. It is the imbalance between good and bad bacteria of the intestine. Dysbiosis has been linked with obesity, chronic fatigue syndrome, inflammatory bowel disease, weak immune system, and cancers.

The common causes of dysbiosis are long term consumption of antibiotics, alcoholism, and unhealthy diets (high in fats and animal proteins and low in fiber). 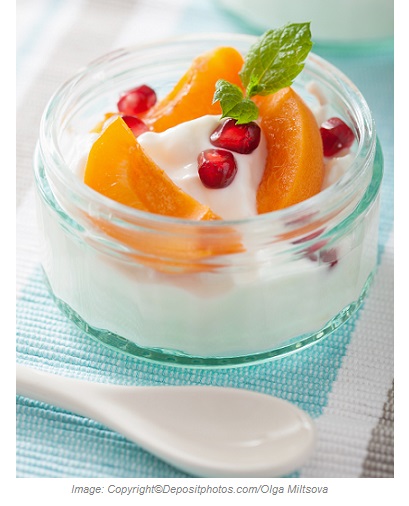 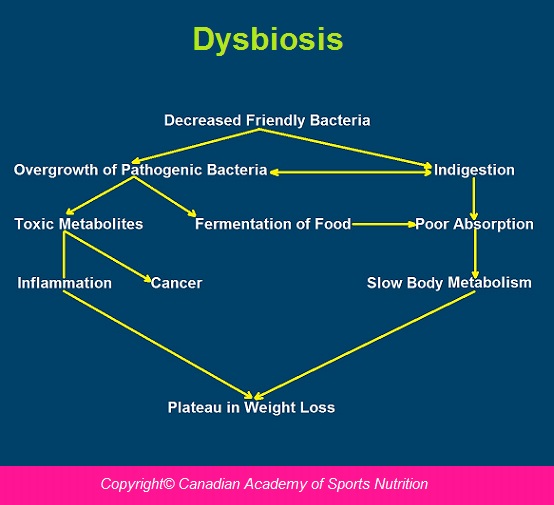 Serotonin is a hormone predominantly found in the gastrointestinal and nervous systems. Being considered as “happiness hormone”, serotonin plays an important role in the regulation of appetite, mood, sleep, and cognitive functions (memory and learning). Low levels of serotonin have been linked with depression, anxiety, obesity, migraine, chronic fatigue, poor concentration, and sleep disorders.

An increase in serotonin level improves mood and sleep, enhances cognition, and helps control appetite. Serotonin level increases in the brain in the following conditions:

-       Foods with higher ratio of tryptophan to phenylalanine and leucine (banana, dates, and papaya)

Being also referred to as overworked, overstressed, and burnout, overtraining syndrome is mainly seen among Gym-goers. It is a constellation of physical and emotional symptoms resulted from exercising intensely beyond recovery capacity. Overtraining leads to long term decrements in performance and it may take several weeks or months to restore athletic performance. 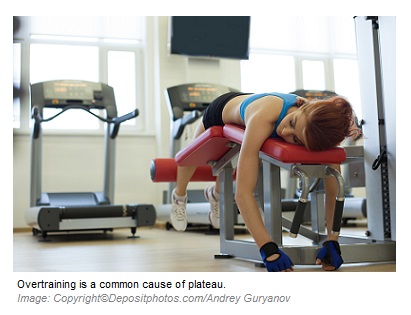 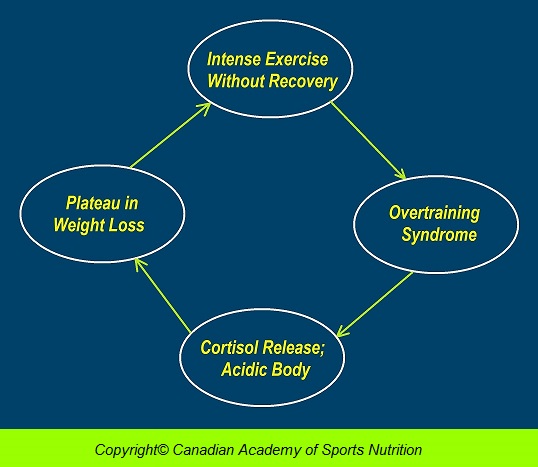 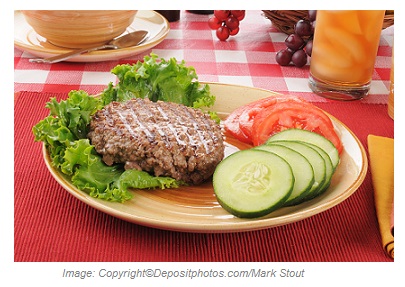 down all carbohydrates, they would lose weight easily. Obviously, carbohydrates should be adjusted in the diet, and not be eliminated completely.

When you go on a no – carb diet, you would notice three changes: a) you would become agitated and nervous, because the brain cannot function properly due to deprivation of its energy source – carbohydrates, b) you initially lose some weight, which is mainly due to burning your stored carbohydrates (glycogen) followed by water loss. Then your body shifts to burn fats, producing ketones which make the body acidic. And your body metabolism shuts off in an acidic environment, and c) you hit plateau even though you are not having any carbohydrates at all.

It is highly important to keep in mind that fats require intermediates to continue being metabolized. The intermediates come from the metabolism of carbohydrates. This is why, there is a famous saying in sports medicine that “fats burn in a carbohydrate flame” (see the “Energy Map in the Body” under the section of “Sports Nutrition”).

12) Lack of Exercise or Failure to Build Muscle:

For non – Gym goers who hit plateau, exercise is an important element to be added to the program. The benefits of exercise are many! Exercise helps lose weight through the following mechanisms:

An intractable plateau requires a medical attention and a complete medical checkup. The following medical conditions may demonstrate themselves through obesity or being overweight that is not responding to weight managing 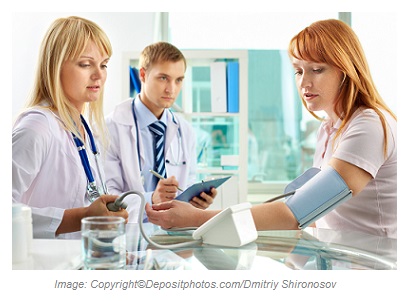