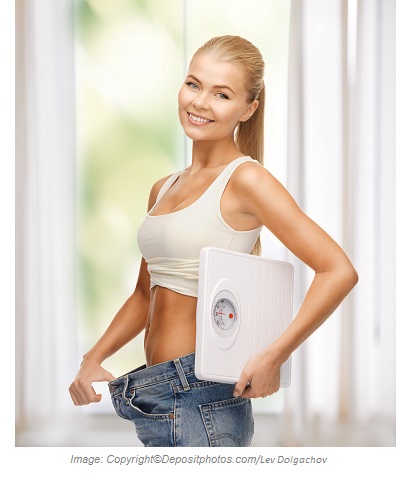 weight”. It basically depicts portray of the form of losing weight. Incredible as it may seem, we all have absolutely different patterns of weight loss. This is why you should never compare yourself with anybody else when it comes to losing weight.

Abazar Habibinia, MD, DFN, founder of the Canadian Academy of Sports Nutrition who has been practicing sports nutrition since 1988, has categorized the patterns of weight loss into four groups (See below). 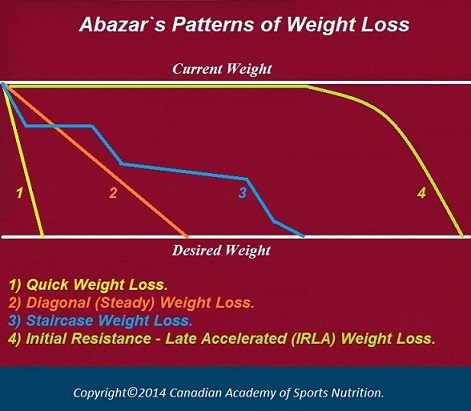 Which of the above - mentioned patterns would you fall in during your weight loss journey? At the beginning of or prior to weight loss program, there is no way to tell who would fall in which pattern, except for IRLA pattern. It is just a matter of stepping into the journey.

It is when a person loses weight more than 3 pounds in a week. This is sometimes 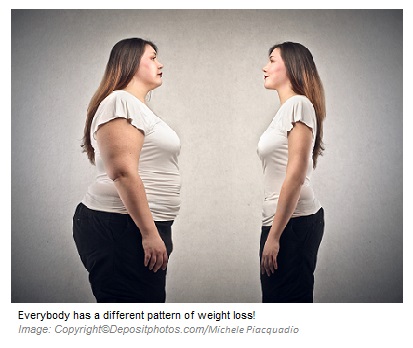 called “sharp” or “rapid” weight loss as well. At first, it looks a very quick way to reach the desired goal, yet it is not! People who follow or wish to follow this pattern would have their own challenges.

The most common flaw of this pattern is being unable to keep off the weight. In other words, the risk of bouncing back is very common in this group. Majority of those who lose weight very quickly would gain it back within next few weeks after ending their weight loss regimens.

Another consequence of this pattern is to increase risk of developing gallstones especially if the person is very obese or if severe dehydration occurs due to failing to drink enough water during the weight loss process.

According to medical books, a rare consequence of rapid weight loss is fatty liver. See “Fatty Liver Disease” under the section of “Medicinal Nutrition”.

Saggy skin is the fourth unwanted effect of this pattern. It results from loss of skin elasticity along with failure to build enough muscles to tighten skin. Saggy skin may cosmetically affect the person by making them look wrinkled and drooped especially in the face.

A small percentage of people with the pattern of quick weight loss may experience sleep disturbances.

It is when a person loses 1 to 2 pounds of weight in a week. This is the healthiest pattern of weight loss, as they lose weight slowly but steadily. Plateau does not usually occur in this pattern, though they might get slower in their weight loss process as they get closer to their goals.

This pattern occurs when someone does not lose weight for more than at least 4 weeks despite following nutritional advices and then starts losing weight gradually. The IRLA pattern is the most stubborn pattern ever. In the IRLA pattern, the person`s body resists losing weight at the beginning for weeks and even months. The early resistance challenges both clients and nutritional advisors, discouraging some people and making them feel disappointed.

People with IRLA pattern complain saying, “I am following all the advices but nothing is 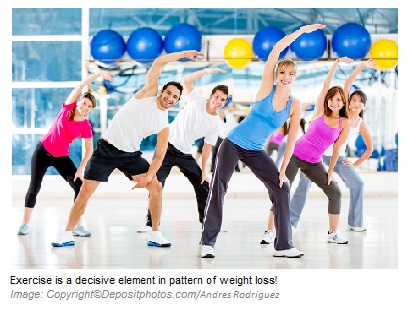 happening”. To avoid any disappointment and discouragement, firstly, nutritionists or dietitians have to explain patterns of weight loss to their clients before commencing the dietary regimen. Secondly, the reason for IRLA pattern should be sought.

The IRLA pattern could be predicted from person`s past medical history and initial nutritional assessment. You should expect IRLA pattern in the following conditions:

It would be easier to remember “7D”.

Not all people with the above mentioned conditions would necessarily follow the IRLA pattern. However, the list gives you an idea as to what you might expect to happen.